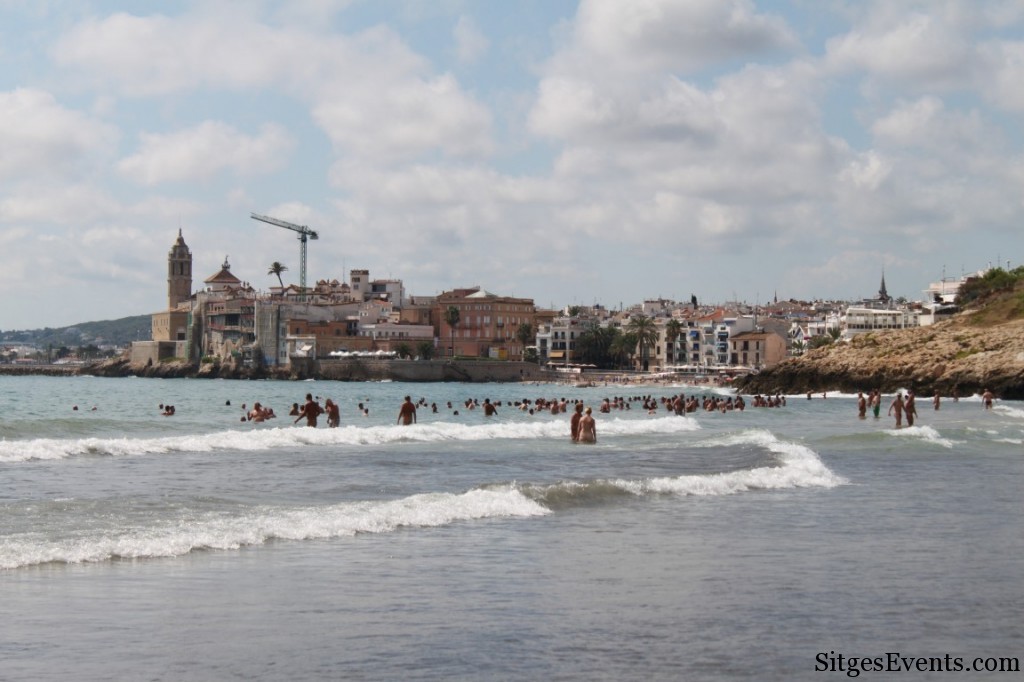 Some beaches of Barcelona, ​​Tarragona and Girona allow access to dogs all year round, unlike most

The heat has arrived, the summer sun threatens their usual strength and beaches become essential. But not everyone can access. Many coastal municipalities prohibit the presence of dogs on the beaches during the summer months to avoid, say their ordinances, which may cause inconvenience to bathers. So we thought it useful to share with you this guide Catalan beaches where dogs can go.

There have been several campaigns to convince municipalities that man’s best friend also need to bathe in summer and especially to run on the sand, but the truth is that there is still much work to do. Barcelona had agreed to seek a solution in this regard, but ultimately the promise has been postponed. Other Catalan municipalities does allow for every month of the year that dogs can play some of its beaches. The debate is wide open because, by some municipalities and swimmers, dogs can create problems and dirty beaches. State law prohibits entry to the presence of dogs on beaches but each municipality can regulate, from the ordinances, if authorized bathing dogs.

Given the difficulty of knowing which beaches are accessible with the dog and what not from Tincungos analysed the regulations affecting different Catalan beaches and have divided into three groups:

Although the information has been verified, it is advisable to be aware of the signs of each beach, because the rules can be changed. The trend is that increasingly there are more beaches accept dogs. If you know something that is not included in the list, please let us explain to info@tincungos.org. Here is a  guide Catalan beaches where dogs can go.

It is a virgin beach, long and clean and surrounded by a natural environment. It is located in the southern part of Estartit (Torroella) and in front of the Medes Islands. Once finished promenade there Estartit Griells beach and then we come Pletera, there is a big signpost that does not lead to confusion. To the south is the mouth of the Ter.

By car. Arriving in Estartit and the height of the restaurant “Games” turn right down the street from the Pletera. The following until we reach a crossroads. On the right we would go camping Les Medes us but turn left. Go past the campsite “El Molino” and after a while we turn right along the avenue Medes Islands. Follow this avenue until the end where you will find place to park.

On foot. If you can go walking, you will have no problem as you can get from Estartit. You have to walk all the great beach and then comes the Pletera.

Catalonia is the first beach that accepted dogs, recalls proudly from the Tourist Office. Some councils have called for even ask them how they did and copy their model. The space is defined and there is no news of misunderstanding among bathers. Not all access to the beach allows dogs only part of the left, which is further north, towards Roses.

It can only be reached by car and by doing so, you must enter in Empuriabrava, overcoming the main roundabout and reach the second round, where the flying club in the municipality. We must go straight to the end iquan the asphalt ends where it appears to leave the car park. There are plenty of places.

For more information visit the website of the Tourist Office or call by phone at 972 450 802.

Only Sitges Beach allows access to the dog. It is the beach of Cala VALLCARCA. This is a little secluded cove respect each other and instead promenade, the environment has a small copse. It is also surrounded by a cement plant that removes the charm.

Car. The best way to get there is by car from the C-31. It has a small parking lot with a hundred places.

In Sitges there are two beaches where swimmers took some time with their dogs, though not allowed. However, if the animal does not cause problems, it is usually fine. Are the beaches and shopping Grill. These are two beaches in the municipality and are more beautiful than the Cala Vallcarca.

To get there, passing by the urbanization Golden Rocks. It is 500 meters from the village, so they can walk. In this town there is also the platja del Cementiri (Beach Cemetery), which is not allowed the presence of dogs, but even so, there are always, swimmers do not usually tolerate fine.

Yes we can allow access to dogs all year round.

Car. Going from Deltebre Riumar direction shortly before reaching Riumar is a roundabout signposted Bassa Arena. You follow the instructions.

In Tarragona there are two beaches where many people took the dog and the local police does not usually punish nor are common problems with other swimmers. These beaches Eucalyptus, Amposta and Cala Trabucador Sant Carles de la Rapita.However, dogs are not allowed access.

In the Catalan capital, dogs are still many limitations. They have been banned during the Easter and all weekends from April to October and any day from 1 June to 16 September.

Until now a nudist beach accepting dogs thanks to a pilot but after complaints from swimmers, town’s council has reverse and is committed to find another space.

Prohibited from 1 June to 31 September.

In Myrtle Beach and Pineda is prohibited from April 1 to September 30.

Prohibited from 15 May to 30 September.

The dogs can be accessed from 1 June to 1 September.

Prohibited from 1 June to 31 September.

Prohibited from 1 April to 30 September.

Prohibited from 1 April to 30 September.

Prohibited from 1 May to 31 October.

Since 2014, the City of Arenys de Mar is slightly more permissive and accepts that dogs can also go to the beach but during the summer months only be done early in the morning. From 1 June to 16 September, only dogs can range from 6 to 8 am. The rest of the year, the dogs can be accessed at any time.

Prohibited from 1 May to 31 October.

Prohibited from 15 May to 30 September.

Dogs have been banned from 1 April until 15 October.

Never allow the presence of dogs on beaches.

Never allow the presence of dogs on beaches.

Filed under: Days Out
← Previous Next →
Read: Sitges : News Noticias >>>